This painting greeted me on my first visit as a child

Somewhere along the busy path of life people eventually encounter the visual arts – and if you’re very lucky – it happened to you as young child. I say that, because when you are exposed to the arts as a young child it’s almost as if you were given your very own magic spell.

I was a child in Pittsfield, Massachusetts during the 1960s and early 1970s, and right in the middle of Pittsfield, just off Park Square, was the Berkshire Museum. Back then, the Berkshire Museum was a thriving and diverse place. The museum housed, among many other artifacts, an actual Mummy, the fur suit Matthew Henson wore when he accompanied Admiral Peary to the North Pole for the very first time, an array of animal dioramas (smaller versions of what can be found at New York’s Museum of Natural History) as well as a science center with many live creatures, and there was a “cave” with minerals and crystals on display which were highlighted by black light with the touch of a light switch where they changed color and many glowed with an iridescence that was amazing. There were so many things to spark the imagination of anyone – especially children.

Upstairs on the second floor, where the previously mentioned Mummy was displayed, the Berkshire Museum also contained collection of copies of ancient Greco/Roman statues as well as a large collection of paintings. This is how the visual arts were introduced to me – by the Berkshire Museum and my mother who brought me upstairs to the second floor often (just as she brought me up to the Clark Art Institute in nearby Williamstown).

Hudson River School artist Albert Bierstadt’s Giant Redwood Trees of California was once exhibited at The Berkshire Museum in Pittsfield, MA. Thanks to the donation and generosity of Zenas Crane (of the neighboring Dalton, MA Crane Paper Co – who made all the paper for US currency) this painting greeted me on my first visit as a child and it has held my imagination ever since. Whenever I visited the museum I lost myself in this painting over and over again. 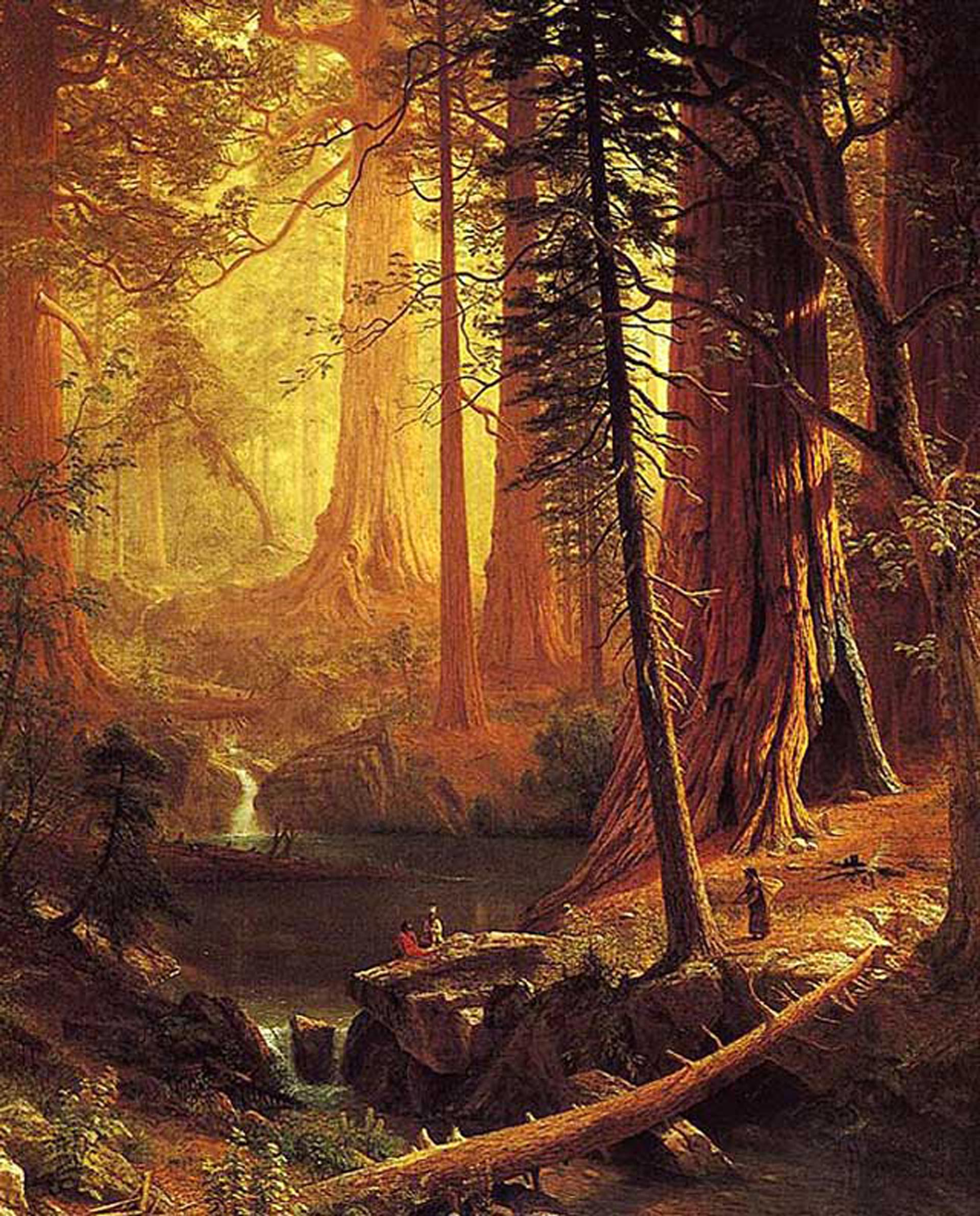 I am not an educated art critic (I’m just an amateur), so I will not discourse here about the artwork itself. However, I will say this painting has a sense of wonder like few others I have seen in life so far. The light in the trees and all the colors, the subject and the vastness of northern California redwood forests and the indigenous people in the foreground all piqued more than just my curiosity.

Who really “owns” the Berkshire Museum and its collection – the people of Berkshire County or the board of trustees and executive director?

For all the wealthy people through history who support the arts and the sharing of them with the public – thank you. This is what you are supposed to do with your wealth (among other things). Giant Redwood Trees of California was subsequently sold when new management at the Berkshire Museum felt they needed money to continue on. Unfortunately, no wealthy person stepped up to stop the sale, support the museum and continue to let treasures like this remain in public. It makes me very sad to know that none of today’s children can join me in losing themselves in this fantastic painting like I did.

SAVE THE ART (STA)
A grassroots citizens group established in 2017 with the intent of stopping the sale of the Berkshire Museum’s treasured art collection in order to find an alternate solution to its continued financial shortfall.

The mission of Save the Art is to advocate for and protect the Public Trust — the art and objects belonging to all of us that document humankind’s creative and social history through time.

We thank the Berkshire Eagle for their extensive investigative coverage, the journalists, op-ed writers and our community for their hundreds of letters of concern. In particular, STA applauds Larry Parnass, Investigations Editor, Berkshire Eagle, for his excellent coverage of the Berkshire Museum and achievement of the 2018 Outstanding Journalism award from the New England Newspaper and Press Association.